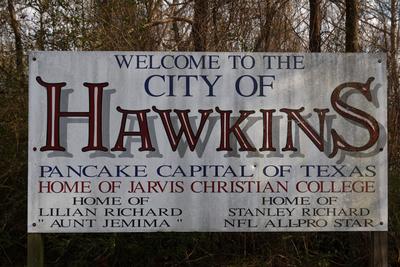 The Hawkins area was awarded after the Texas Revolution to George Brewer. Many families bought land from the Brewer family and moved into the area. This area was the main thoroughfare leading to Belzora Crossing on the Sabine River. Many immigrants migrated to this area over that crossing.

The railroad purchased land from the early settlers. Prior to the year 1873, construction crews were building road beds, clearing trees and building bridges. It is said while building the roadway clearing area, close to what is now Hawkins, a Mr. Hawkins carved his initials on one of the trees. In 1873 a group of about 250 people applied to Washington for a post office, they looked to the name on the tree for the designation: hence the name, Hawkins, Texas. 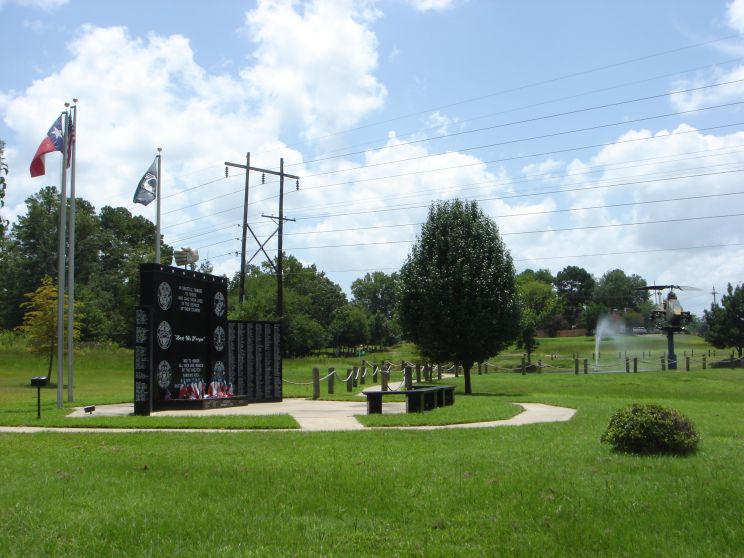 The community prospered through the development of cotton ginning. On October 8, 1916 a tragic fire completely destroyed the business district. The town was rebuilt and its principle business was farming, lumbering, and ginning. On December 5, 1940 Frank Morrison and Bobby Manziel discovered oil on the Morrison land. Hawkins took its place in history as an important cog in the wheel of the giant oil industry. Hawkins was incorporated in April 1941 and has been growing since.

Humble Oil, now know as Exxon, built a large oil and gas refinery in the late 1940’s and had been an important factor in the growth of Hawkins. Since that time many business have been established here to form the base for a well rounded community. Hawkins features one of the best independent school systems in the State and Jarvis Christian College is now considered to be one of the best small colleges in the nation.

The State of Texas recognizes Hawkins as the Pancake Capital of Texas. Resident Lillian Richard, portrayed “Aunt Jemima” for 37 years for the Quaker Oats Company.

So come visit Hawkins! Amid the grandeur of towering pine trees, scenic Lake Hawkins, and the winding Sabine river; you will find tranquility in the heart of East Texas.